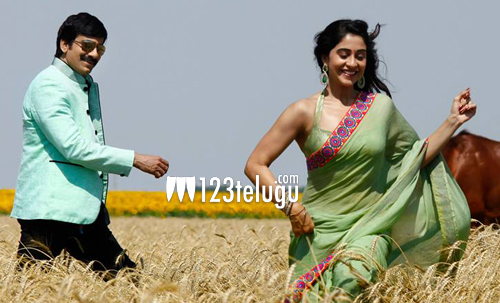 Regina is a promising actress who is looking for a big break to boost her career prospects. She is now pinning her hopes on Mass Maharaja Ravi Teja’s ‘Power’ for this purpose and the actress will be playing an important role in the movie.

Ravi Teja will have two characters in the movie and Regina’s performance as the heroine opposite one of the characters is said to be quite good. Hansika is the main female lead in this action entertainer.

‘Power’ will hit the screens this Friday and Bobby is the director of this film. Rockline Venkatesh is the producer of this movie.