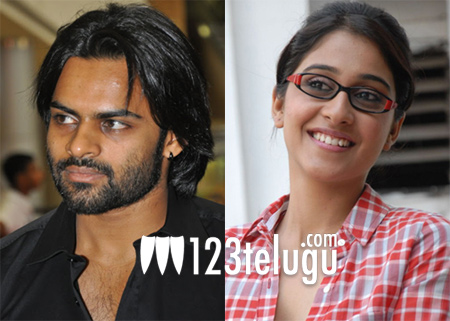 Sai Dharam Tej, the latest entrant in Telugu cinema from Mega Family, will be seen in two films this year. His debut film Rey will hit the screens in summer this year and after that he’ll be seen in A S Ravi Kumar Chowdhary’s upcoming romantic entertainer. The film launched last year and already two schedules of the film have been wrapped up. Bunny Vasu and Harshid and producing the film under Geeta Arts banner and Sree Venkateshwara Creations banner is presenting it. The latest news is that Regina Cassandra, who had acted in SMS and Routine Love Story, has been roped in to play the lead role in this romantic entertainer. Apparently, heroine’s role has a lot of importance in the film and the entire film revolves around her character in the film. Anup Rubens is scoring the music. More details about the film will be revealed soon.