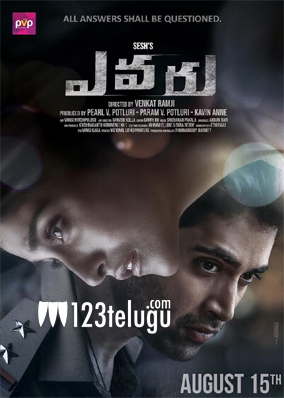 Adivi Sesh launched the trailer of his new film Evaru a few days back. The trailer of the film has hit the right chord with the audience and Regina is making a comeback with this film.

She will be seen as a rape victim and murder suspect in this crime thriller. The latest we hear is that Regina’s emotional performance will be the highlight of the film.

The manner in which she showcases the pain and tension in life will be the biggest strength of the film. Adivi Sesh will be seen as a corrupt cop in this film which will be out on August 15th.