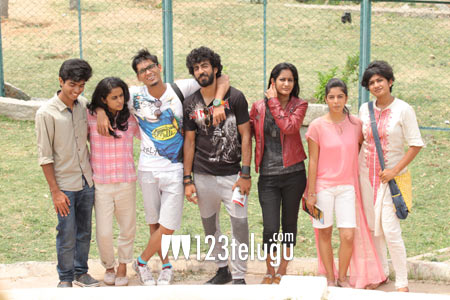 We had already revealed that the recent Malayalam film, Anandam is being dubbed in Telugu with the same title. The latest we hear is that the makers are making plans to launch the audio of the film on the 17th of March in a grand way.

Apart from this event, the makers have set the film’s release date as the 23rd of this month. Made on a budget of 4 crores, the film collected over 20 crores at the Kerala box office.

Yattari Gururaj is bringing the film to Telugu audience on his banner Sukhibhava Movies. Star hero, Nivin Pauly plays a cameo in this film which is directed by Ganesh Raj.

Anandam is based on the story of seven close friends and their college tour.