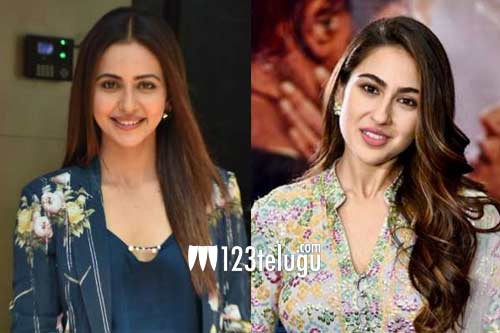 For the last two days, the internet is abuzz with news that Rhea Chakraborty in her statement to the NCB revealed that actors Sara Ali Khan, Rakul Preet, and another noted designer were regularly consuming drugs.

This news spread like wildfire and made headlines even outside the country. Now, this news as taken a big U-Turn as the NCB Deputy Director KCB Malhotra stated that Rhea Chakraborthy hasn’t revealed any such Bollywood names.

He also added that the NCB is only making a list of key drug peddlers and other smugglers who are in this drug racket and Rhea has not taken any name of Bollywood stars.

Ever since this news broke out, hashtags like #Sorryrakul and #Sorrysara have been trending all over the media.