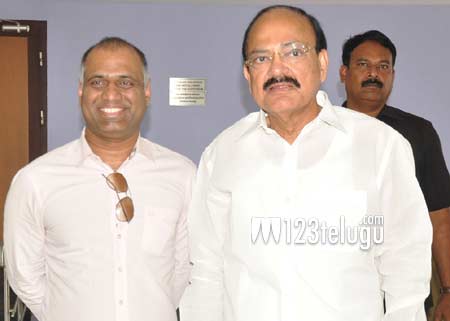 Huge appreciation continues for the recently released Oopiri. After the entire industry showering praises on the film, BJP leader and renowned politician, Venkaih Naidu spoke highly about the film and its makers.

After watching a special show of the film in Hyderabad, the union minister showered special praises especially on Nagarjuna for delivering a superb performance in the role of an handicapped man.

He also added that Oopiri is the one of the best films that he has watched in the recent times which was filled with clean entertainment.

Remake of super hit French film, Oopiri is produced by PVP Cinema and Tamil super star Karthi plays the other lead role along with Tamannah.