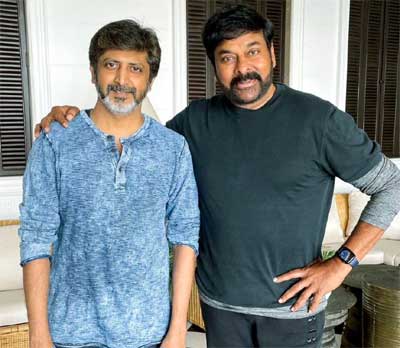 It is a known fact that megastar Chiranjeevi is doing the remake of Lucifer, the hit film in Malayalam. After a lot of suspense, the makers announced that Tamil director, Mohan Raja will be directing this film.

Previously, so many names like Sujeeth of Saaho fame and VV Vinayak were considered but they both failed to impress Chiru with their script adaptation. This was the time that Chiru got quite confused as to who should direct this time.

In such a time, the news reveals that Ram Charan was the one who suggested Mohan Raja’s name to his dad. Upon watching the films directed by Mohan Raja in Tamil, Chiru assigned the duties to the noted director.

But when Moan Raja came with a solid adaptation of the story in Telugu nativity, Chiru was so happy that he announced the film the next day itself.