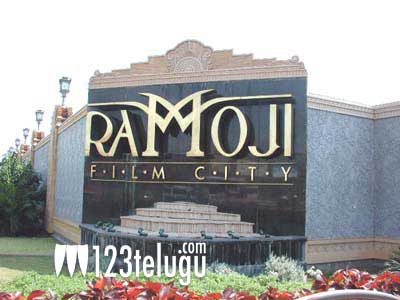 Ramoji Film City is abuzz with as many as 14 different film shootings from various languages. Naayak, Sar Vacharu, Vasul Raja, Rangrez, Madha Gaja Raja, three Bengali films and few other films are being shot in RFC. While it’s not a rare occurrence to have so many film shootings in a single area, what’s interesting is that, thanks to the unusually high number of film shootings, several celebrities are catching up with their friends in the industry. The celebrities themselves were quite excited to share their experiences of meeting their old friends. Richa and Priya Anand, who had acted together in Sekhar Kammula’s Leader made the best use of the opportunity and spent some quality time together. On the other hand, Kushboo visited the sets of Priyadarshan’s Rangrez to meet Priya Anand and Priyadarshan and also Amala Paul on the sets of Naayak. Meanwhile, Navdeep landed in RFC today to shoot for an item song for his upcoming film Vasul Raja.