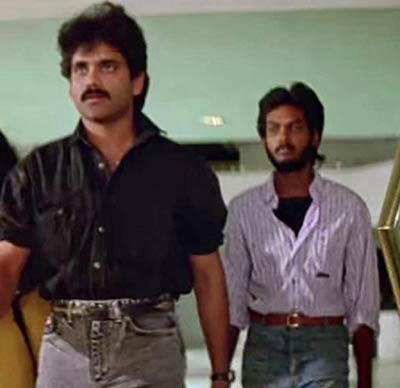 It’s been a special Sunday for all the fans of Nagarjuna and directors Ram Gopal Varma and Puri Jagannadh. RGV took to Twitter and pleasantly surprised fans by tweeting a 3 decade old picture.

This vintage picture showcases Nagarjuna, with Puri Jagannadh standing behind him. The picture is a working still from the Hindi version of RGV’s iconic film, Shiva. It’s well known that Puri had worked on Shiva as an Assistant Director and also played a small cameo in the movie.

Nagarjuna and Ismart Puri Jagan in the shooting of SHIVA pic.twitter.com/jNOQ3Bg7jJ