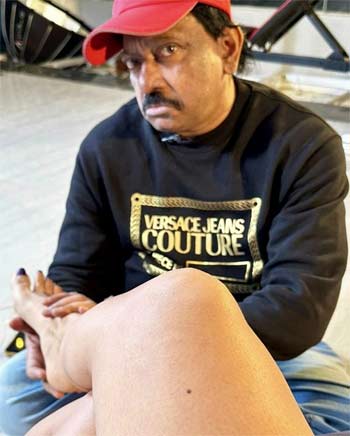 Ram Gopal Varma is one of the most controversial directors in the country. These days, more than his films, he is in news for his controversial interviews.

But this time, he has gone to another level and has done a controversial interview with actress Ashu Reddy. The promo is out and RGV is talking about every aspect from sex, films, and even politics.

The way he is sitting in front of Ashu Reddy’s feet has drawn a lot of attention. More than RGV, Ashu has caught the attention of many as she is asking some boldest questions that no one has dared to ask RGV.