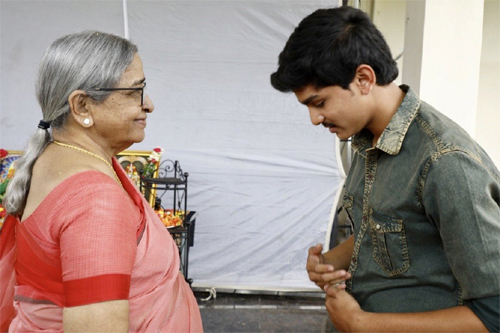 It is a known fact that a biopic is being made on RGV and the master director has himself approved the script and is taking care of it from the start. This film has created good hype in film circles.

The film will be made in two parts and today it was launched with a special pooja in Hyderabad. What’s special was that the film was launched by RGV’s mother and sister.

Produced by Mommaku Murali the film is being directed by Dorasani Teja, who is also playing RGV’s younger role in the film. He is just 20 years old. We need to see what facets of RGV’s life will be showcased in detail through this film.

DORASAI TEJA is acting as me in my college days in part 1 biopic of RAMU ..Here he is asking for my mom’s blessings #RgvBiopic pic.twitter.com/tGKW3SrPHC