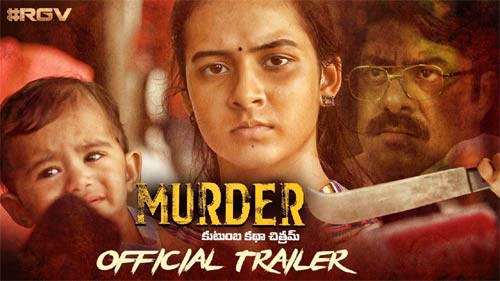 RGV is the only person who is releasing back to back films in this lockdown period. After the release of Power Star, he is now ready with his new film Murder based on the controversial honor killing of Pranay that happened in Telangana a few years back.

The film is ready for its release and RGV revealed the film’s trailer today. The trailer is filled with dramatic scenes and showcases what Amurtha’s family went through before and after the death of Pranay.

The film is more about Amrutha’s dad played by Srikanth Iyengar and he looks solid in his role. The trailer has no dialogues and is filled with dramatic scenes. As it is not directed by RGV, young director Anand Chandra makes things interesting with his gripping trailer.