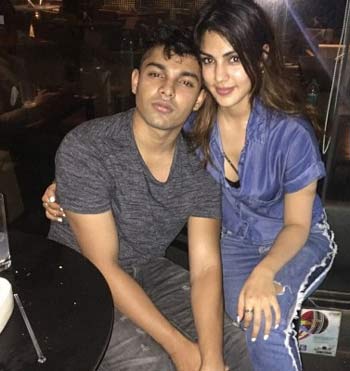 Rhea Chakraborthy is in all sorts of a mess as the cops might arrest her in drug cases that have been leveled against her. The Narcotics bureau already raided Rhea’s house the other day and checked her documents and other stuff for over three hours.

Rhea’s brother Sowmik was questioned along with Sushanth’s house manager Samuel Miranda. The news is that both have been arrested in the drug mafia case and reports reveal that Rhea used the help of her brother to procure drugs for Sushanth.

The news also is that Rhea will most likely be arrested in a day or two as it has been proved that she had connections with the drug mafia. Only time will tell how many twists and turns will this case take in the days to come.