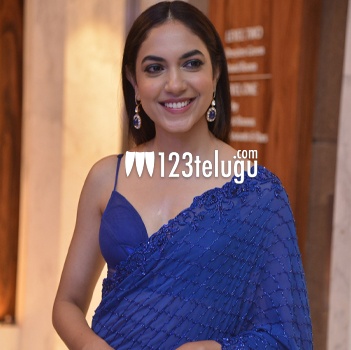 Varudu Kavalenu is a film that has Ritu Varma as the heroine. This is a big film for her as the story is centered around her.

The pre-release event was held today and Ritu Varma spoke quite high about the makers. She said that she is lucky that the makers even chose her for this important role.

“The makers could have chosen any big heroine for this role but the faith the director Lakshmi and producer Naga Vamsi had in me gave me a lot of confidence to perform,” said Ritu Varma.