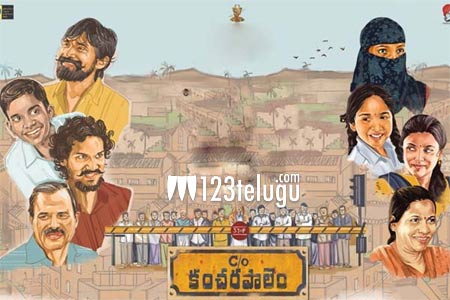 It was quite disheartening for the team of C/o Kancharapalem when they were denied the application to the National Film Awards because the film’s producer Praveena Paruchuri is a citizen of USA.

The producer tweeted her disappointment and an apology to the film’s director Venkatesh Maha, and even tagged KTR and Nara Chandrababu Naidu. And it looks like the general furore over this has worked.

Soon after KTR tweeted to Rajyavardhan Rathore requesting him to look into it, things did move ahead fast.

“#CareofKancharapalem with @RanaDaggubati @SureshProdns has been allowed to apply to #nationalfilmawards. Thank you @Ra_THORe Sir and @KTRTRS Sir for your expedient response. I hope we will continue to have discussions about permanently amending this rule.. #LoveTeluguCinema,” tweeted Praveena on Saturday night, in response to Rajyavardhan Rathore’s tweet to KTR where he explains the need for at least one co-producer to be Indian.

Well, as they say, all is well that ends well.