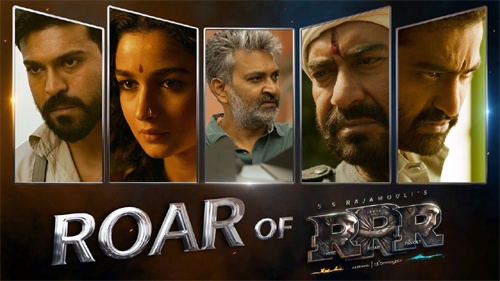 RRR is one of the most prestigious films ever made in Indian cinema. Rajamouli is making this film on a prestigious note and today, the behind-the-scenes video of the film has come out.

By the looks of it, the film is going to be one hell of a period extravaganza. The sets, star cast, and moreover the patriotic backdrop, everything looks so good in this promo. The BGM used by Keeravani is also solid and the visuals are going to be superb as shown in the making video.

The star heroes are shown prepping in a solid manner for this film and their comradery on the sets is to die for. The makers have also cleared that the film will be out on the 13th of October as announced earlier.