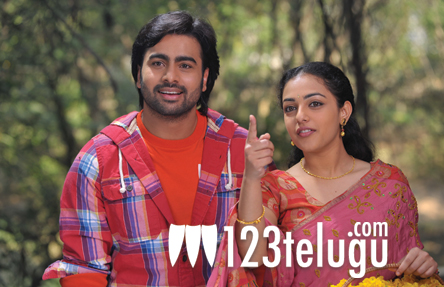 Nara Rohit and Nithya Menon will be seen as the lead pair in a new film that is being directed by Srinivas Raga. The unit has completed a schedule in Araku and they are back in Hyderabad. A new schedule will begin from March 5th in Hyderabad. The movie is being produced by the famous producer C.V.Reddy and this film will be an action entertainer with a strong family sentiment. Versatile actor Nagababu is playing a key role in this movie.

The movie is being readied for a late summer 2012 release, with the possible dates being either in the last week of May or the first week of June.