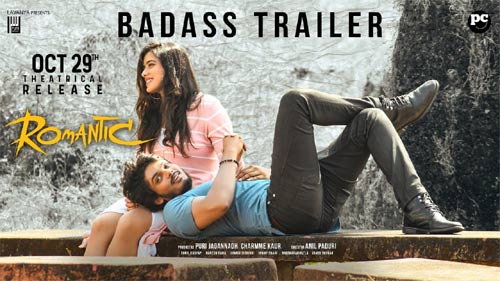 Romantic is a film that will be out on the 29th of this month. The promotions have created a good buzz for the film and today, the makers released a new trailer.

The film is set in Goa and is about a young couple played by Akash Puri and Ketika Sharma. They look in deep love but fail to admit it and say it is only infatuation.

The trailer showcases a crime angle and Makrand Deshpande is also seen as the main villain. The locations and Puri’s dialogues catch the imagination big time.

Ramya Krishna is seen as a lady cop and the way Akash Puri is showcasing his solid attitude also looks cool.

The film has a contemporary setup and we need to see if it impresses the audience or not. Sunil Kashyap scores the music.