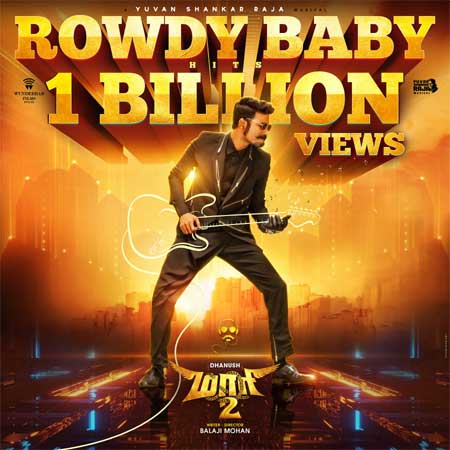 A couple of days ago, the super hit Rowdy Baby song from Dhanush and Sai Pallavi’s Maari 2 created history by becoming the first South Indian film song to clock 1 billion views on YouTube.

To celebrate this humongous feat, Wunderbar Films, Dhanush’s production house that bankrolled Maari 2, released a Common Display Picture on social media. And this has led to a controversy. The CDP only features Dhanush and there’s no trace of Sai Pallavi on it.

Many fans, even ordinary netizens, are blasting Wunderbar, calling them insecure for not featuring Sai Pallavi on the poster. Also, the Twitter handles mentioned in the tweet had no mention of singer Dhee who breathed energy into the song.

Here is CDP to Celebrate #RowdyBabyHits1BillionViews 🔥