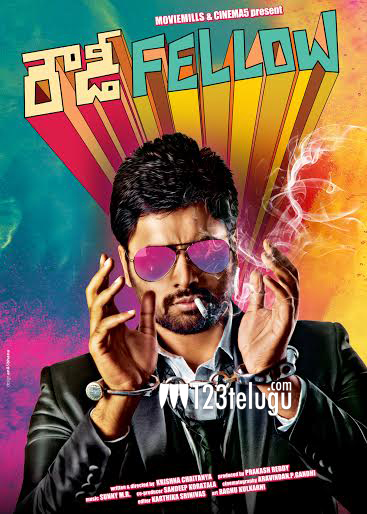 The makers of the Rowdy Fellow had earlier announced that the audio of this film will be releasing on the 13th, and Chandra Babu Naidu was expected to attend the audio function. Latest update is that as the Naidu will not be able to make it on 13th, the makers have postponed the audio launch to 16th.

Nara Rohit is playing the male lead in this film which has Vishakha Singh as the other lead. It is well known that Naidu had attended the audio launch of Nara Rohith’s earlier films as well. Naidu’s presence at the audio launch definitely will take his movie closer to the audience.