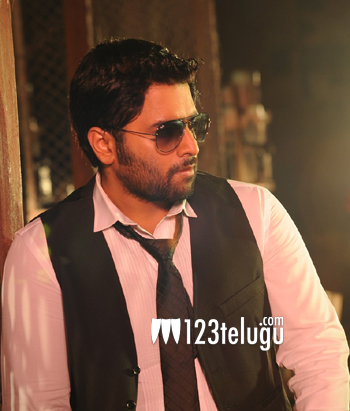 The shooting of Nara Rohit’s upcoming film Rowdy Fellow is making brisk progress and the next schedule is expected to begin from December 21 in Hyderabad. Already, two schedules of the film have been completed and Nara Rohit is said to be quite happy with the way the film is shaping up.

Krishna Chaitanya, one of the most prominent lyricists today, is making his debut as a filmmaker. Rowdy Fellow also stars Vishakha Singh in a lead role whereas Nandini Rai is playing the second lead. Rowdy Fellow is said to be an action comedy. Nara Rohit is sporting a brand new look in this film and going by the pictures from the film so far, it is quite evident that he’s working hard to create a new image for himself.

The film is being produced under Cinema 5 and Movie Mills banners. Aravind is the cinematographer and Sunny M R is the music director.