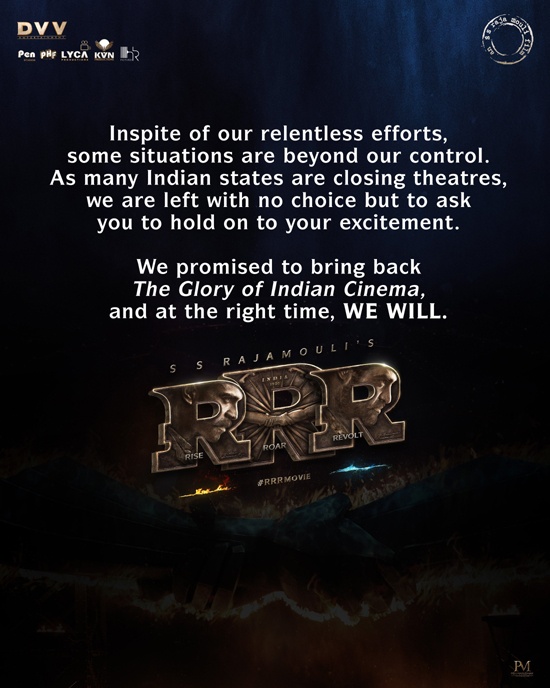 It is already known that the Tollywood magnum opus, RRR featuring Jr NTR and Ram Charan, got postponed amid Omicron scare. The postponement of the pan-India movie became a boon to the low-budget Telugu movies. More than 10 films are releasing this Sankranthi season.

As of now, Prabhas’ Radhe Shyam is confirmed to be in the race of Sankranthi but the makers might postpone the movie if there is an increase in the Omicron cases. In that case, Nagarjuna’s Bangarraju is the only biggie to release on Pongal.

There is a chance that more flicks may join the Sankranthi race.