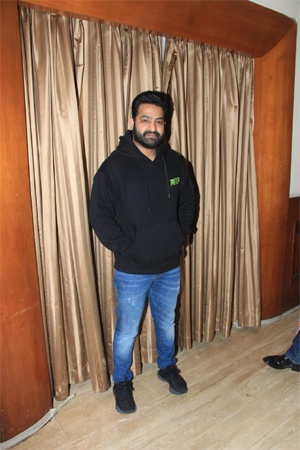 RRR is a film that needs no introduction. The Rajamouli drama is also having a big release in the US and now, NTR has shared a proud moment that their film has achieved.

NTR reveals a snap where the poster of RRR gets featured on one of the billboards in Manhattan’s famous Times Square area in New York, USA.

This is no mean feat as only a few Indian films have got featured there. This has taken the film’s buzz to another level and RRR is seeing crazy pre-sales in the US as of now.

The #RoarofRRR in the USA is unstoppable! @TimesSquareNYC