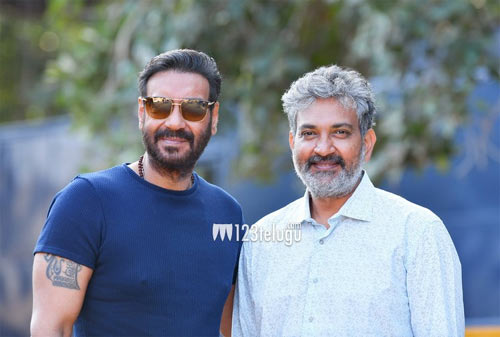 RRR has been in the news from the day it began. Some of the top names in the country are working in this film which is being directed by Rajamouli.

Hindi superstar Ajay Devgan is one of them and today, he has joined the sets of the film. Ajay Devgan is a very selective actor and he okaying RRR in itself if a big thing.