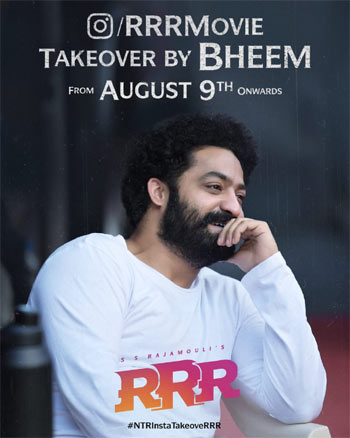 With the film’s production formalities nearing completion and the October 13th release plants still intact, team RRR is stepping up its promotional blitzkrieg. After the well-received Dosti song that was released on Friendship Day, comes the next round of promotions.

This time around, RRR hero NTR himself will be leading the film’s promotions. Tarak will be taking over RRR’s official Instagram account for the next few days, starting tomorrow. The Komaram Bheem will be sharing a few snippets of what he is upto in Ukraine, where RRR’s final schedule is underway.

After Tarak, expect his co-star Ram Charan, director Rajamouli and others follow suit and takeover RRR’s Insta account and continue the buzz around this massive pan-India action drama.