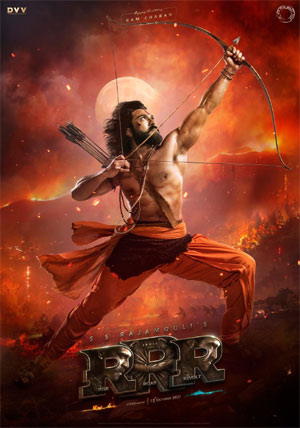 RRR is a film that is the most talked-about film in the country. As of now, the shooting is going on in full swing in Hyderabad and both the star heroes are taking part in it.

Today, the update is that Rajamouli is canning solo scenes on Ram Charan in the get-up of Alluri Seetaramaraju. These scenes will be done tomorrow and once this is wrapped up, Rajamouli will can combo scenes on NTR and Charan in their respective avatars of Alluri and Komaram Bheem.

Two songs are left and they will be shot on a lavish scale as per the news. Alia Bhatt and Ajay Devgan play key roles in this film. Keeravani scores the music.