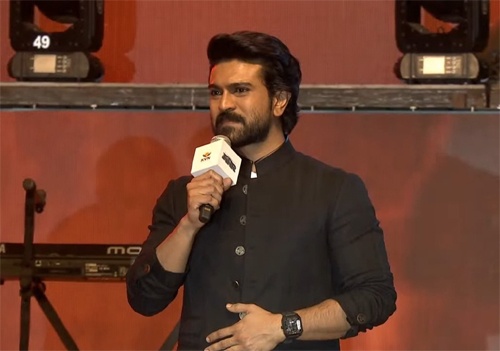 Ram Charan is super thrilled with the release of his new film RRR that will be out on the 25th of this month in a big way worldwide.

Speaking at the pre-release event, Ram Charan thanked one and all for their efforts on RRR and also said that fans should only watch the film on the big screens.

The way he introduced NTR to speak at the event was also quite good. Ram Charan thanked Rajamouli and said that he is the true star of Indian cinema and working with him is just a blessing.