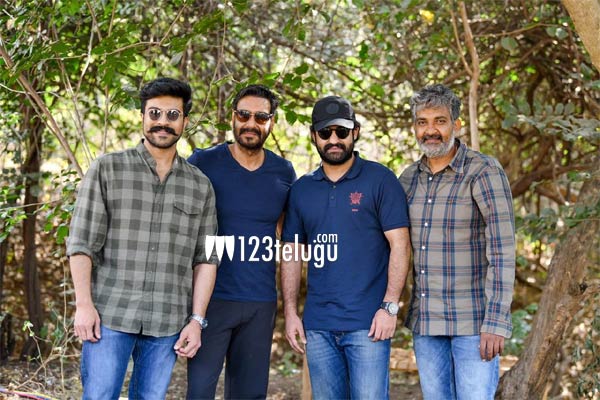 Not much is known about RRR except for the fact that it is a patriotic drama with a dose of fiction. The film has Hindi stars, Ajay Devgan and Alia Bhatt in key roles.

Ajay Devgan has recently started shooting for the film and today, his combination scenes with NTR and Charan were canned. On this occasion, the makers revealed a working still.

Seen here in the picture is Ajay Devgan along with NTR, Rajamouli, and Charan. This snap has gone viral and is breaking the internet. With such stars in one frame, the film’s buzz has gone to another level altogether.