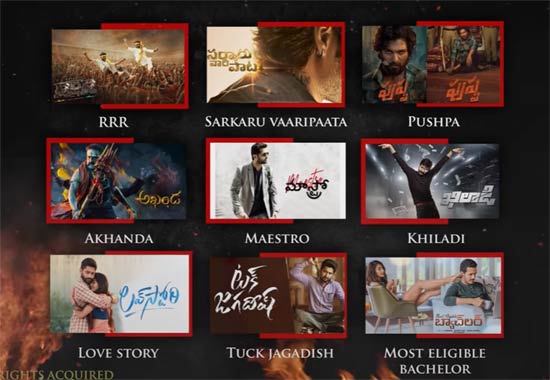 Popular Telugu general entertainment channel Star Maa has announced its massive line-up for the years 2021 and 2022. The channel has acquired the satellite rights to several high budget Tollywood entertainers featuring top stars which will be hitting the silver screens in the coming months.