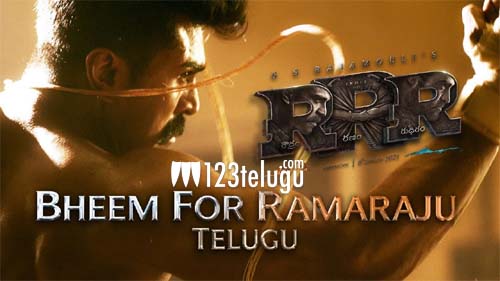 The much-awaited birthday video of Ram Charan from the film RRR is out finally. Ram Charan is showcased in a never before seen manner in the video.

He is seen as a cop who is preparing himself for the battle. Ram Charan is shown with his chiseled body which is a big surprise of sorts for the fans. Rajamouli has showcase him in a never before seen manner and Ram Charan looks hard-hitting.

But what takes the cake is the way NTR introduces him to the audience. The dialogues that NTR mouths give goosebumps and create an instant high for Charan’s role as Alluri Seetaramaraju. Now, the wait is for NTR’s role as Komaram Bheem