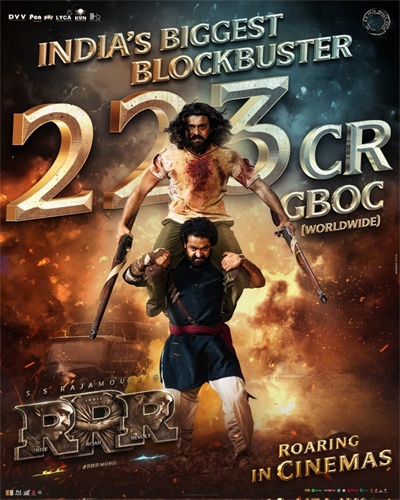 RRR started on a humongous note yesterday and the collections are only a proof of it. The manner in which the audience is loving the film is showing in the solid occupancy on the second day as well.

On the day one of its release, the film has made a whopping 223 crores gross worldwide. This is huge and gives an idea how much the film was waited for.

The day two collections of the film are also going to be huge as per the trade. On the other hand, all the celebs who have watched the film have also tweeted about the high they got while watching RRR. Rajamouli has once again proved that he is the showman of Indian cinema.