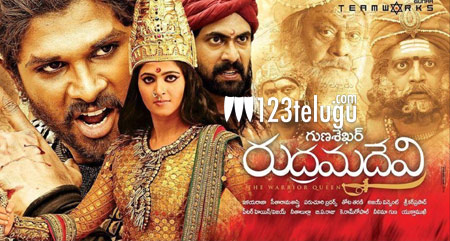 Gunasekhar’s Rudrama Devi is doing decent business even after mixed reviews. The epic period drama opened in huge number of screens and according to the latest update, it is doing exceptionally well in the Nizam area particularly.

Into its second week now, the film is managing to attract good crowds and the Dussera season is also helping the film big time. Allu Arjun’s Gona Gannareddy character has hit the bulls eye as the masses have lapped his performance big time.