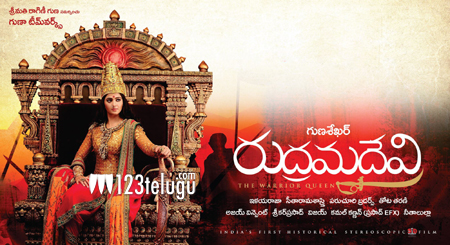 The big budget flick, Rudramma Devi has completed its shoot and is busy in its post production activities. According to the latest update, the trailer of the film will be released soon and the makers have decided to release their film in March last week.

Rudrama Devi is the first ever Indian historic film to be made in 3D. Some big names like Allu Arjun​ and Rana Daggubati are also involved in this project which has music by Ilayaraja. Gunasekhar himself produces this film on his own banner Guna Team Works.