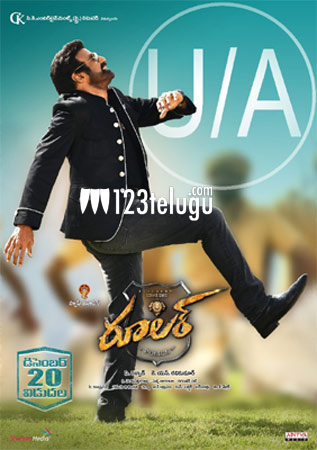 Ruler is a film that many are waiting for eagerly. The film is a comeback film for Balyya after his flop film NTR biopic. The film is being directed by KS Ravi Kumar.

The latest news is that Ruler has wrapped up its censor with a U/A certificate and is said for a mega release on the 20th of this month. Chirantan Bhatt scores the music.

The action entertainer has Vedhika and Sonal Chauhan in lead roles. C Kalyan produces this film which has Balayya in two different shades of a cop and rich businessman.