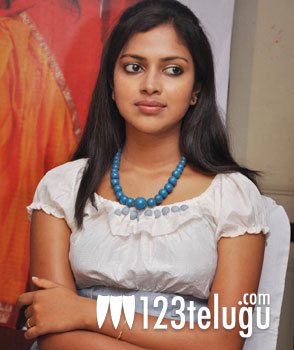 Ever since Amala Paul hit the gym with a vengeance to work on her look, she has been making headlines, especially in Chennai. She had also hired a personal trainer to help her in this effort. Naturally, she was shocked to read a newspaper article which painted a completely different picture about her makeover. A leading newsdaily published an article claiming that Amala Paul was asked to put on some curves for an upcoming Telugu film. The article further claimed that since it was one of the most eagerly awaited film, Amala Paul had no choice but to kindly oblige to the director’s request. She was so upset after reading the article that she took to Twitter to clarify her stand. “Wish journalists draw their lines n think twice b4 penning down a news.Was very upsetting reading a daily’s mention about my look!All I want to say is,my fans know me too well to fall a prey to ths.I might work in reel,but I m very ‘Real’! Have a great day lovelies :-),” Amala Paul tweeted. She’ll soon be seen in Ram Charan’s Nayak, Puri Jagannadh, Allu Arjun’s Iddaru Ammayilatho and Samuthirakani’s Jenda Pai Kapiraju.