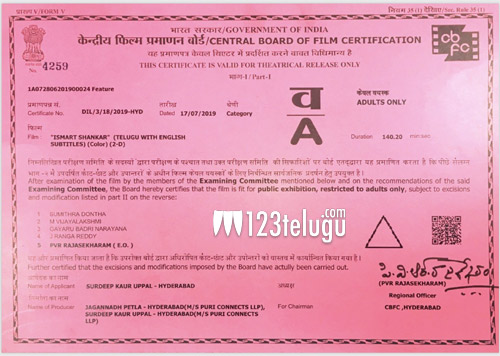 With just hours to go before the release of Ismart Shankar, the makers have speeded up the promotions in a big way. Now, the latest we hear is that the film’s runtime has been locked for 2 hours 20 minutes.

Ram is playing an out and out mass avatar for the first time and there is a terrific buzz for the film in the masses of both the Telugu states.

Nabha Natesh and Nidhhi Agerwal play female leads in this film which is being directed by Puri Jagan. Mani Sharma scores the music.