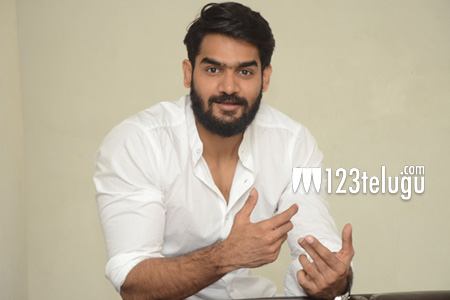 RX100 hero Kartikeya’s new film has wrapped up its first and major schedule in Ongole. Nearly 40 percent of the film’s shoot has been completed in the Ongole schedule. Touted to be a realistic action entertainer, the film has Malayali actress Anagha Maruthora as the leading lady.

On the occasion of wrapping up the first schedule, Kartikeya said that the film is the best story to tell. He excitedly revealed that the scenes shot in the first schedule have come out quite realistically. Debutant Arjun Jandhyala is directing the movie and Anil Kumar and Tirumala Reddy are jointly producing it.