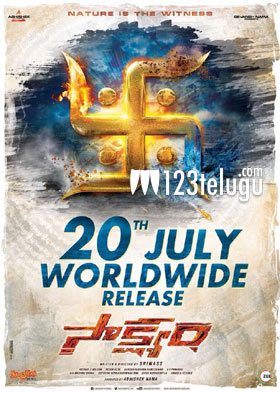 Bellamkonda Sai Sreenivas, Pooja Hegde starrer Saakshyam has been pushed to July and the makers have officially announced that it will release on July 20. Sriwass has directed the film and Abhishek Nama is producing it.

The film was initially supposed to release in mid June; however, there was a lot of CG left to be done. Apparently, the makers approached Makuta VFX to work on major action episodes, which are going to be a highlight in the film.

The action drama deals with five elements of nature and to justify the title and the story, Sriwass is said to have gone for five action episodes in the film. More details are awaited.