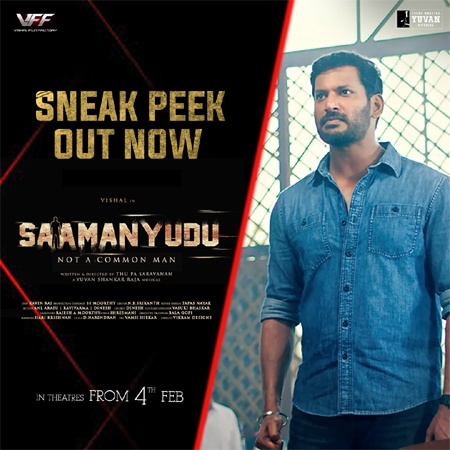 Kollywood action hero Vishal’s upcoming movie, Saamanyudu is all set to hit the screens on February 4, 2022. Ahead of the release, the makers have released a sneak peek of the film.

The sneak peek has showcased the actor in action. Vishal enters a local bar in search of a gangster named Madhu and the baddies confuse him by giving wrong info. The actor warns and beats the shit out of them.

The action sequence looks real and the stunts make you wait for the release of the movie. Directed by the debutant, Thu Pa Saravanan, the movie has Dimple Hayathi as the female lead.

Produced by Vishal Film Factory, the movie, which has Yuvan Shankar Raja’s music, will also be released in Tamil and Kannada this Friday.