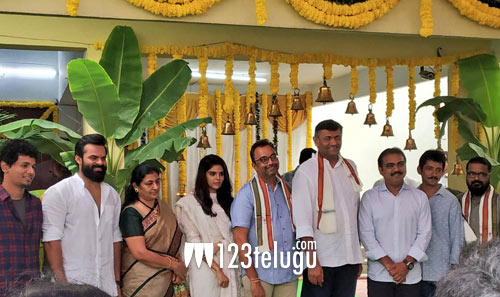 Following the release of his previous film, Tej..I Love You, hero Sai Dharam Tej took a long break and returned to Hyderabad recently with rejuvenated enthusiasm. His next film under Nenu Sailaja director Kishore Tirumala’s direction has been launched in style this morning. Koratala Siva was the special guest at the muhurtham ceremony.

Hello actress Kalyani Priyadarshan is the leading lady in this film, which is titled Chitralahari. Leading production house Mythri Movie Makers is bankrolling this film, which is touted as a romantic entertainer. Karthik Ghattamaneni is the film’s cinematographer. Stay tuned for more updates.