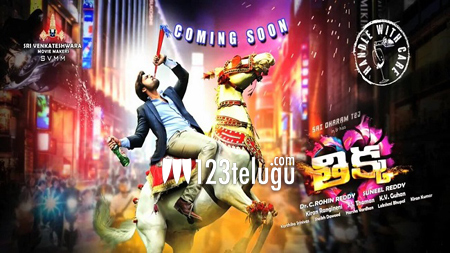 Following the memorable success of his summer release, Supreme, young Mega hero Sai Dharam Tej is awaiting the arrival of his latest film, Thikka. The film’s unit has recently completed the shooting of a song in Ladakh and the post-production work is underway at the moment.

As per the latest information from the movie’s team, Thikka is all set for a grand release on August 13. The film’s first look teaser will be unveiled on July 20 and the audio album, composed by SS Thaman, will be released on July 30.

Thikka stars Mannara Chopra and Larissa Bonesi as the female leads. Farah Karimi will be seen sizzling in a special song. Suneel Reddy has directed the film and Rohin Reddy has produced it.