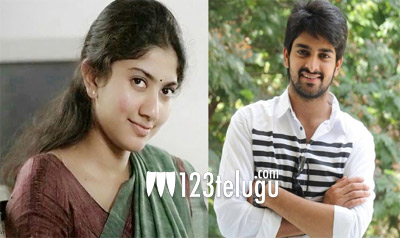 Fans of Premam and Fidaa actress Sai Pallavi admire her not only for her looks and performance, but also for the way she conducts herself in public events. But her Kanam co-star Naga Shaurya recently made a few startling comments about Sai Pallavi’s starry tantrums on the film’s sets.

Naga Shaurya said that Sai Pallavi is the most difficult co-star he has worked with so far and that he had a tough time shooting Kanam due to her indiscipline and lack of punctuality. Needless to say, Naga Shaurya’s comments came across as a rude shock to Sai Pallavi’s fans.

In a latest interview with a leading English daily while promoting Kanam’s Tamil version, Karu, Sai Pallavi has finally opened up about Naga Shaurya’s allegations. “When I saw this interview of his, I called up Vijay sir (Kanam’s director), asking if there was something that I did that I wasn’t aware of or if there was any discomfort on the set. He said he didn’t have any idea how this came up and assured me that I didn’t do anything,” Sai Pallavi said.

The soft-spoken actress further said, “I generally love people and put them before me. You will obviously feel bad if somebody said that. If I have hurt him, I’ll feel bad. It’s worse for me because I do not know how I hurt him. But I totally respect his feelings and it is his right to tell what he feels. But I am someone who would never hurt anybody. If I did hurt him in some way, I feel really bad. I hope he feels better now. As an actor, he is brilliant.