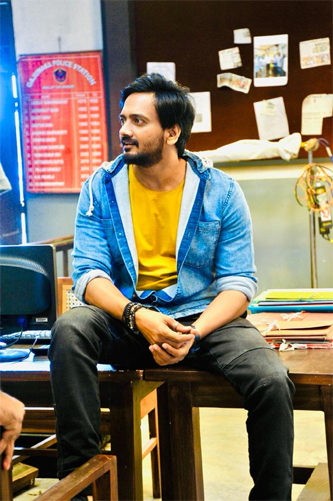 Hero Sai Raam Shankar is making a comeback with an out and out action entertainer titled Resound. The film is being directed by first timer SS Murali Krishna. Sai Raam Shankar will be seen in a hilarious and action-packed role and he romances Rashi Singh in the film.

After being on hold for several months, Resound finally resumed its shooting formalities today in Hyderabad. As of now, the makers have wrapped up 70 percent of the shoot and a major portion of the film will be wrapped up with the ongoing schedule.