Finally, after 8 days since his hospitalization following a bike accident on September 10, hero Sai Tej has been taken off ventilator at Apollo Hospital. The hospital management has issued a fresh bulletin to update on the actor’s latest health condition.

The bulletin reveals that Sai Tej is breathing without artificial support and his condition remains stable. He will be monitored by a team of doctors for the next few days, after which a decision will be taken regarding his discharge.

It remains to be seen whether or not Sai Tej will take part in the promotions of his upcoming film, Republic. The film is releasing on October 1. 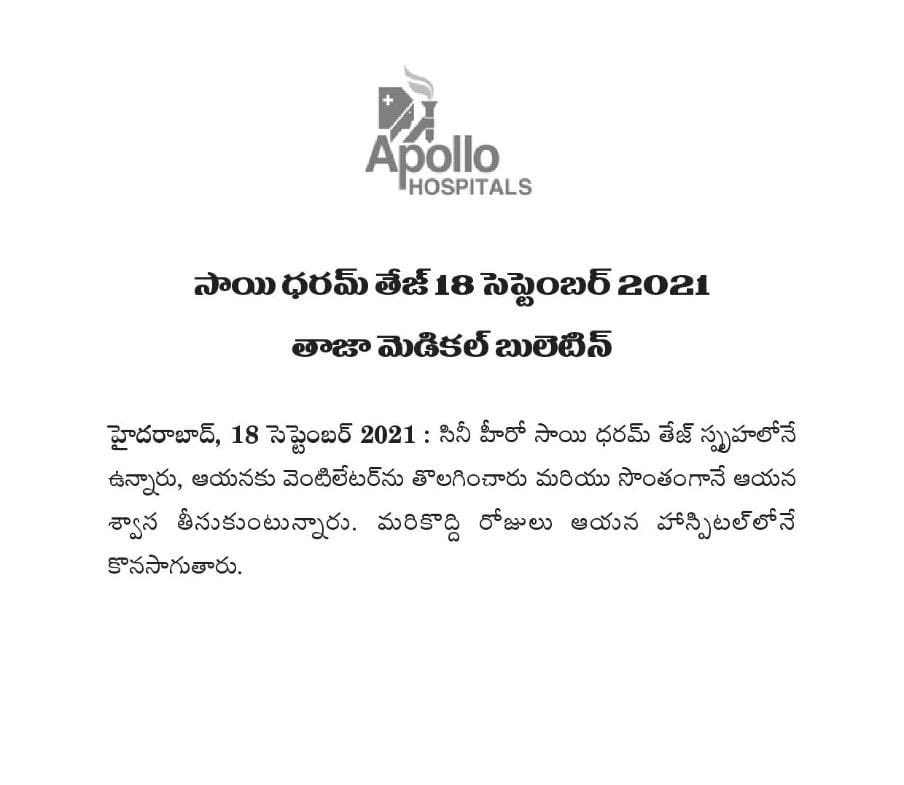