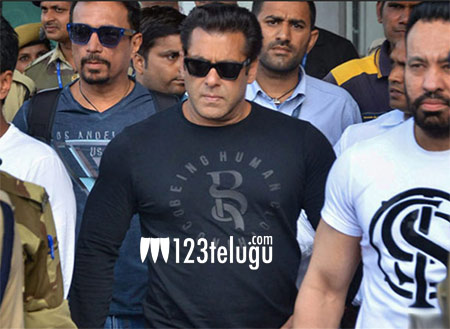 The suspense ends finally and it’s good news for all the fans and family members of Bollywood superstar Salman Khan. The Jodhpur Court has granted bail to Salman in the sensational 1998 blackbucks killing case.

Salman is asked to submit Rs 50,000 bond as surety and he should not travel out of country without Court’s permission. Salman’s sisters Arpita Khan and Alvira Agnihotri present during the bail hearing this morning.

Salman has spent 2 nights at the Jodhpur Central Prison ever since he was convicted in the case. The actor will soon be heading back to Mumbai. All the co-accused in the case – Saif Ali Khan, Tabu, Sonali Bendre and Neelam – were acquitted by the court.