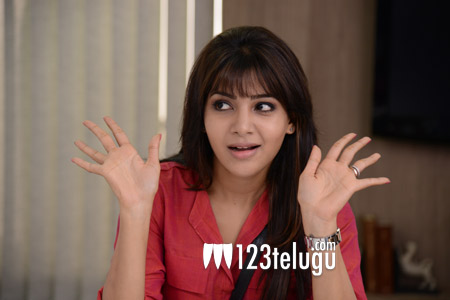 The Akkineni multi starrer, Manam is all set to hit the theaters tomorrow, and premiere shows have been planned all over the city today. Super star Samanta, who is playing one of the lead in the film, is quite nervous and eager about the big release.

She took to twitter and expressed her excitement. “Okie it’s that time of the year again..Pre release drama! With a Lil fear here and Lil fear there.. All in all I am scared sh**less.” She further added that, “Manam!!! Hope u guys like it.. #ANRLivesOn”.

It is quite a prestigious film for Samanta, as she gets to act with all the three generations of Akkineni family. Manam also has Shriya as the other female lead. Directed by Vikram Kumar, Manam has music by Anup Rubens.