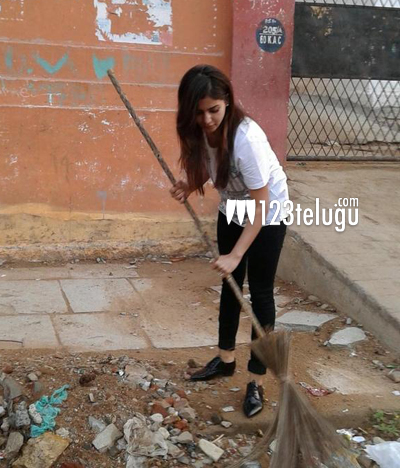 Continuing with the Swachh Bharat Campaign, noted actress Samanta joined the social cause and did her bit for the country. She along with stylist Neeraja Kona cleaned up a government school in Hyderabad. Samantha is currently shooting for Bunny’s film in the direction of Trivikram and is also high on the super success of her latest Tamil film Kaththi.

The Swachh Bharath campaign which was started by the prime minister Narendra Modi has caught on quite well and many celebs from the film world have actively participated in the campaign.