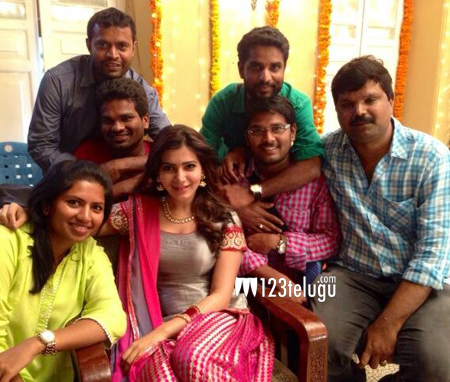 Popular heroine Samantha has released the first teaser of the romantic entertainer ‘Ram and Juliet’ today, on the occasion of Valentine’s Day. The two minute teaser was released by Samantha via her Twitter account.

‘Ram and Juliet’ is a love story that is being directed by Kona Venkat. This is his first film as a director. Kona Venkat has made a name for himself as a writer in TFI and he has been a part of some very big hits in the past.

Akshay Reddy, Aurore Fagnen, Nithin Murtyraju & Anokh Ettaboina are the lead actors in this movie. Praveen and Sunny have composed the music while Ram and Vamsi are the producers. The film is set in New York City.