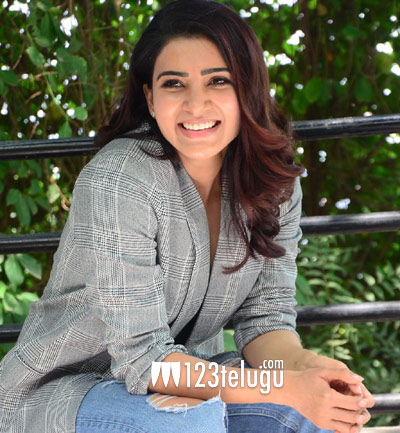 Sometime back, there were reports all over that Samantha has been roped in to play one of the female leads in Rajamouli’s next with Ram Charan and NTR.

When asked about the same in an interview today, she clearly revealed that she is not doing the film and all the reports are just false. Samantha’s career took a U-Turn with the success of Eega which was directed by Rajamouli.

But it is sad to know that she is not a part of the film which the genius filmmaker is making. As of now, Rajamouli is busy finalizing the script of the film and will begin shooting by the end of this year.