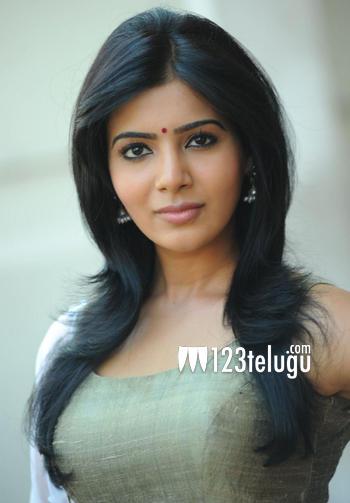 Samantha is one of the busiest actresses in the industry today and of late, she has been juggling between Telugu and Tamil film industries. Despite her hectic schedule, she has made it a point to contribute her bit to the society.

Few months ago, Samantha decided to give her dream project a concrete shape and finally, everything seems to have fallen in place. Prathyusha, a social welfare organization initiated by Samantha, is going to be officially launched later this month. More details about the organization and what it is going to do are expected to be revealed soon. Incidentally, Samantha and her team have been working over this initiative for more than a year now.

Currently, Samantha is in Hyderabad where she’s shooting a song for her upcoming film Rabhasa. NTR is playing the lead role in the film and Santosh Srinivas is directing it.